A Ferrari Formula 1 car driven by seven-time world champion Michael Schumacher in the 2003 season sold on Wednesday at a RM Sotheby’s auction in Geneva, Switzerland, for $14.8 million.

It’s the highest price paid for an F1 car from the modern era, and almost double the previous highest bid for a Schumacher F1 car at auction.

The car is a Ferrari 2003-GA bearing chassis number 229. Schumacher drove it nine rounds in the 2003 season and scored five of his six wins that year with it, a year that saw him secure his sixth Drivers’ title (and Ferrari a 13th Constructors’ title). 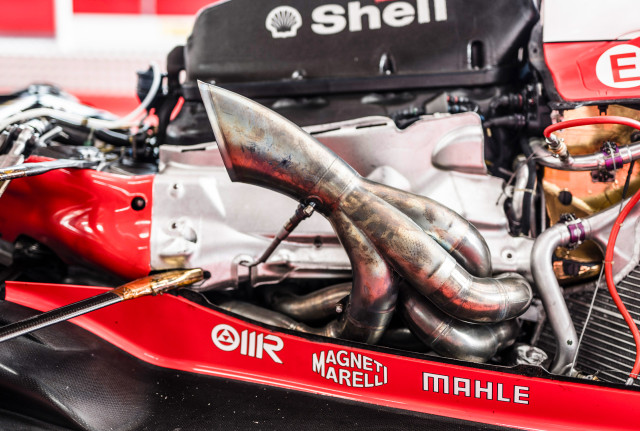 The wins took place at the Austrian, Canadian, Italian, Spanish, and United States Grands Prix. In addition, Schumacher secured three pole positions, three fastest laps, and a further two podium finishes at the Monaco and French rounds with the car.

Powering the 2003-GA—the name honors former Fiat chief Gianni Agnelli—is a 3.0-liter V-10 that generates a maximum of 930 hp and spins to 19,000 rpm. The car has remained in full working condition since the end of its racing career and was given a full service at the Maranello factory earlier in 2022. According to the listing, the 7-speed sequential transmission, clutch, and hydraulic system have only covered a small percentage of their current range.

Despite the high bid, the car still isn’t the most expensive when it comes to F1 cars at auction. That honor goes to a 1954 Mercedes-Benz F1 car raced by Juan Manual Fangio, which sold in 2013 for $29.65 million. It was the highest price paid for any car at auction at the time.

‘Normal thing to do’: Japanese fans tidy up at World …

Europe scrambles to help Ukraine keep the heat and …

Food Bank of the Rockies continues serving the Western …

How to find 100 Turkeys a Week Before Thanksgiving