GRAND JUNCTION, Colo. — In light of National Hispanic Heritage Month, KREX 5 and Fox 4 are honoring the contributions Hispanic Americans make to the history, culture, and achievements of the United States.

We are featuring the owner of Casabella Flooring in Grand Junction as the first of a series of local stories highlighting Hispanic heritage.

His name is Hector and he found his American dream right here on the Western Slope.

“My country, Mexico, it’s just a hard, hard life over there,” says Hector Contreras, the owner of Casabella Flooring.

Hector has been a business owner in the United States for almost 40 years, originally starting a flooring business in southern California. But hector and his family have been on the Western Slope for the last 15 years running Casabella flooring.

Most could agree running a business comes with its challenges. Hector says under his circumstances. those challenges are greater.

“Being Hispanic is not easy… basically, we have to work twice,” says Hector.

During Hector’s time in Grand Junction, he’s seen massive growth in the Hispanic community. A large part of that growth has been in Hispanic owned businesses.

Ultimately, Hector came to the United States for a better life, and through hard work and dedication, he got it.

“I was an orphan… didn’t have no parents,” says Hector.

When he came to the states, he knew what he had to do.

“I have to work hard, be honest, and respect the law… basically. So, I am here, working hard, respecting the law…and respecting my community… that’s all I need,” says Hector.

Hard work pays off. Casabella Flooring is getting an upgrade, Hector is about to move his showroom to a space twice the size of his current location, and we wish him the very best of luck.

5 things to know as $750 checks arrive in mailboxes

Inflation eases in July but remains near record highs

3 accused of bending cards in Vegas to win $126K

5 things to know as $750 checks arrive in mailboxes

Italy’s far-right Meloni on vote: I’m no danger to …

Inflation eases in July but remains near record highs

3 accused of bending cards in Vegas to win $126K

Can hurricanes be stopped with bombs or ice? 5 theories …

Did Trump commit a crime?

5 takeaways from primaries in Wis., Minn., beyond 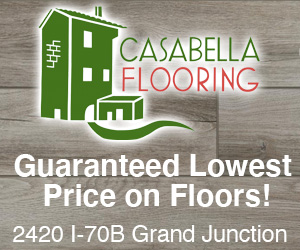